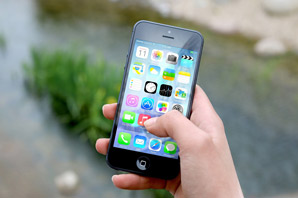 You can easily transfer photos and other files between iPhone and android through wifi by following a few steps.

How to Easily Transfer Photos from iPhone to Android Via Wifi

If you are looking for how to easily and quickly transfer photos, videos, contacts, music, and other files from an iPhone to android phone and vice versa via wifi, this article will be useful to you. Read on.

Research shows that iOS and Android share about 96% of the mobile market, leaving all other operating systems behind.

Smartphone lovers now have the choice of using the Android or iOS platform. In today’s multi-platform world, we are left with the need to share files occasionally hence the necessity of this article.

Have you been in a situation where you wanted to receive or send files to your friend’s iOS device from your Android or vice versa?

Then you must have realized it’s not as easy as we share files wirelessly between android devices using any sharing application.

There are several applications developers have created for this purpose, and in this article, we’d be looking at one of such called “ShareIt”.

The Application works with the Wi-Fi service in all devices where it is installed and it functions in two ways, viz:

Over the WiFi using an external WiFi hotspot

With an available WiFi hotspots, you can connect both devices to the network having downloaded and installed SHAREit from the Android Play store and Apple Store, then follow the procedures below.

1. Having connected the devices to the WiFi network, launch the SHAREit application on both devices.

2. On the device sending, tap the “SEND” icon and select the files to send. Then tap on the “Next” button to continue.

3. On the receiving device, tap on the “RECEIVE” button. The device receiving should now be displayed on the screen of the device sending.

4. On the device sending, tap on the receiver’s avatar to send the files.

The files will then be sent to the receiving device and stored in the Application’s local storage.

2. Over the WiFi without an external WiFi hotspot

Should there be no WiFi hotspot available in the vicinity, you can use WiFi Direct to host a WiFi network on one of the file sharing devices.

The device on the other end can then join the hosted network, and file transfer can occur in the same avenue as mentioned in the previous section, making use of SHAREit application.

While hosting a WiFi hotspot, the platform to be used should support WiFi Direct.

Although iOS devices support WiFi Direct, Apple doesn’t allow third party applications to have control over this feature. Thus, for sharing files with iOS devices without an external WiFi hotspot, the WiFi network has to be hosted by the other device.

The iOS device then has to join the network hosted manually in order to send and receive files, using the SHAREit application.

Transferring files from iOS to Android device through the WiFi Direct

1. Download and install SHAREit on both devices from the respective application stores.
2. On Android device, launch SHAREit and tap on the “RECEIVE” option.

3. If there is no WiFi network, SHAREit will create its own WiFi hotspot (WiFi Direct)
4. Once the hotspot is created, on your iOS device, proceed to Settings >> Wi-Fi. Ensure the device WiFi is turned on and select the hosted network from under “CHOOSE A NETWORK” section.

5. You should confirm if the iPhone device is linked to SHAREit on the Android device, then open SHAREit on iOS and punch the “SEND” button.

6. Select the files to send from photos, videos or in-app storage.

7. After you select the file, you should be able to see the receiver’s device on the screen. Punch on the receiver icon and send the file.

Transferring files from Android to iOS device over WiFi Direct

2. On the Android device, launch SHAREit and tap on the “SEND” option.

3. Choose the files you intend sending from the Android device and tap on “Next” option.

4. SHAREit will attempt searching for peers in the vicinity. On this device screen, drag up the menu from the bottom of the screen and select the receiver’s device type as iOS. SHAREit will then create a WiFi hotspot on the Android device.

5. Now proceed to Settings >> Wi-Fi on the Android device. Ensure WiFi is turned on and select the hosted network from under “CHOOSE A NETWORK” section.
6. Once the iOS device is connected to the hosted WiFi, launch SHAREit and tap on the “RECEIVE” button.

7. On the Android device, the receiver’s iPhone will then appear on the screen. Tap on the receiver to send the files.

You can share files between Android and iOS devices if you know the few steps to take and this article is a useful guide for that purpose.

dr.fone makes the transfer a breeze!

Get complete details of what this tool can help you do other than file transfer between iPhone and android: Awesome Android/iOS Device Manager