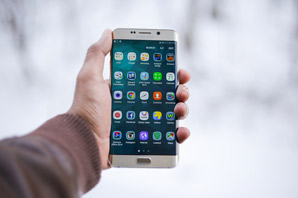 Having apps running in the background of your Samsung Galaxy phone can quickly use up your battery resources, which you don’t want to happen.

Do you experience apps running on your Samsung Galaxy S5 phone background and want to stop it? If you do, this post will provide you the information you need to stop it. Read on.

It is possible that your Samsung Galaxy S5 Smartphone is not responding to your button commands most often as a result of background apps running in your phone.

They use up your battery resources in a very short time than you expect; that the only alternative available to you is to recharge intermittently during the day. It is not a pleasant experience to always have to do this

Background apps might not be well optimized, a bug in one of the apps can also be a likely cause.

You can optimize your Samsung S5 performance. It only requires a little know-how. You don’t need to be a techie to do it.

Steps to Stopping Apps Running in the Background on Samsung S5

Starting from your recently installed app/apps

The apps downloaded on your phone will appear in an alphabetical order.

1. Click into any of the app (you will see the force stop or the uninstall button)

2. Click into any of these as you wish (Force stop might crash the phone but a reboot will restore every functionality of your phone

Or you can out rightly uninstall the app, apps to uninstall

1. Select the app you want to install

Your social networking apps and emails crawls the Internet on a regular basis for its optimization, you can shut down the background data of some or all of your apps remotely to Disable.

Using the developers’ option in your phone, you can check which of the installed app could be slowing down the RAM (Random Access Memory) of your phone.

Some of these apps are essential for your phone performance, you should look for the ones that are not essential particularly the app you downloaded and installed yourself.

From the SETTINGS > SYSTEM; Go to the about phone option

2. Go back to SETTINGS, you can then access the “running Services” of the Developers option from there

3. You will see which of the apps downloaded that is taking a toll on your Samsung S5. Force stop the app.
Like is noted in option 1, above, Force stopping might cause a crash to your device but a simple reboot will restore it to normal.

Sometimes, the downloaded app may be an essential one that you may want to continue to use, you can limit its functionality.

Samsung S5 has power saving option that comes with the OS. You can activate it:

Go to power saving mode, touch on the slider and the feature would be activated.

There is another way to activate this feature, you have to slide down the status bar from the home screen and turn on the power saving mode from the options displayed.

The power saving mode in Samsung S5 turns off the haptic feedback, limits the screen brightness and reduces the background data usage.

One can still make calls and receive calls but notifications that depend heavily on data and Internet may be limited.

You may also wish to make use of 3rd party apps that are not proprietary to help control your other apps.

Doze and Greenifu comes in handy. They are two of the many examples you can get from your Google play store.

They essentially help you identify power consuming apps and then place them in hibernation when you are not using them.

This helps prevent the power consuming apps from slowing down your device and eating up your battery.

If your Samsung S5 is rooted, you will have much more control .however it works very well in Standard Devices that has not been rooted too.

Your Samsung Galaxy S5 Smartphone is a powerful device that belongs to the S series of the Samsung family, launched in 2014.

There has been an upgrade to the S series introduced into the market ranging from the S6, S6 edge, to the current flagship, the S10 that is yet to be released.

When fully optimized, The Samsung S5 retains and delivers the same responsiveness, sleekness and durability that the S series has been known for.

Learning how to stop apps from running in the background of your Samsung S5 can truly help you get the most of your phone. Your battery last longer and your phone is super
responsive.

Allowing apps to run in the background can drain your phone battery, consume mobile data, and cause your phone to lag and work sluggishly.

Get the best from your Samsung phone with any of these: Top Android Device Manager.