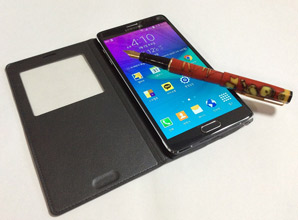 How to Root Samsung Galaxy Android Phone without PC

Rooting of android phones has become more interesting to people recently. This article will cover how to root a Samsung Galaxy Android, but first let’s see what rooting is, why people root phones, and the pros and cons attached to it.

Rooting an android device can be seen as giving yourself superpowers on the device.

This administrator account allows you to gain access to more features of the computer system – that is exactly how rooting works.

You can do and undo!

There are some apps available in the market that can only work with rooted devices. These apps offer more features out of the box compared to non-rooted apps, and can be deemed unstable at times.

Even though it is an interesting thing to have superpowers on your device, it can also cause total damage to your device when the power is not being controlled, so rooting of android devices is recommended if you know a little bit of android programming or if you would just like to explore.

The primary disadvantage of rooting an android phone is that it immediately voids your phone’s warranty.

After they are rooted, most phones cannot be serviced under warranty. It involves the risk of “spoiling” your phone – the phone is dead and unusable.

Although the intention of rooting a phone is to improve its performance, some have found that in making attempts to speed up the phone or add more interesting features, the phone lost both performance speed and features.

Also, whenever you make changes to the software code, you run the risk of introducing a virus.

On the positive side, rooting your android phone offers some benefits that include running some special apps that cannot run if the phone is not rooted.

Rooting removes pre-installed apps from the phone. When you install an app on your phone, it is stored in the phone’s memory.

Rooting allows you to move installed applications to your SD memory card, thus freeing up system memory for additional files or apps.

Also, when your phone is rooted, you can have custom ROMs – this is the most powerful feature of rooted phones.

There are hundreds of custom ROMs that can do things like speeding up the speed of your phone and changing the entire look and feel of the android device.

Now, let’s swing into business, how you can root an Android phone using Samsung Galaxy as a case study.

Now that we know what rooting is and its pros and cons, we’re going to talk about how to go about it.

Older methods required the installation of an application on the PC, connecting your phone and let the drivers install manually.

Today, the process is much easier and rooting your phone can be done without a PC.

The major tool needed for this is an android application called KingoRoot, active Internet connection, and of course the Samsung Galaxy Android you want to root.

KingoRoot is a fairly popular easy root application that has received testimonials from several customers.

The application offers an easy to use user interface, giving you precise details on exactly what you want.

If you find that the application doesn’t work as you intended, there’s an in-app live chat and messaging service to get support from the developers team.

(1).The first thing to do before you proceed is to backup your files, incase anything goes wrong.

Now open your browser and go to http://kingoapp.com, scroll down on the page and click on download for android, wait till your file is fully downloaded and install it (to allow installation of applications from unknown sources.

(3). After installation, open the Kingo Root application, and on the homepage, press “One Click Root”, now wait for the result to appear; it may take long. If it fails at first, try again till you get the message “Root Successful.”

Now, your Samsung Galaxy android phone is all yours, you can perform any operation that the manufacturer has restricted you from.

Rooting your Samsung Galaxy gives you unlimited access to the root of the operating system and allows you to run special applications.

However, rooting your phone could cause a lot of damage to it. The decision to root your device should not be rushed into. It is advised that you backup your device and have another phone for use in case something goes wrong.

Dr Fone: How to Root Any Android Device Fast

Discover many things you can achieve with your android device, including rooting, data recovery, unlocking, etc. Learn more about Dr. Fone.